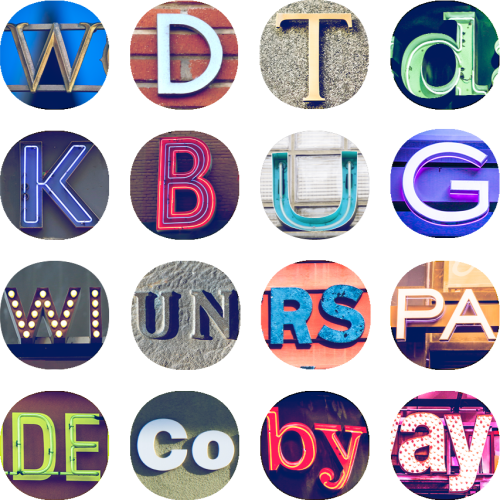 The new Yahoo Mail mobile app was looking for some character to delight its 250+ million users. It was brought to our attention that when a user do not have a profile photo associated to their account, it would default to a boring, generic alphabetical letters of their initial. The task is to make it these generic initials more interesting.

Photograph signages that occurs around the community with alphabetical letters and curate them to represent a user’s initial. Each letter and double-letter combination are aesthetically enhanced to generate an “alphatar” (coined term from “alphabet avatar”). These alphatars are then used as the default images for Yahoo users who do not have a profile photos.

To ensure a consistent look and feel across a wide spectrum of color in these alphatars, I applied a subtle blue tint to every single image in the final stage of the design.
Photographers were assigned to over ten cities over four days and collectively shot almost 1,000 RAW files of signages.